As the title of this book implies, bird recognition is primarily visual, and historically the distinction between different species has been by recognition of different diagnostic physiological differences, such as size, shape, form, plumage and colour, plus visual non-plumage variations in features such as the beak, the eyes, legs and feet. Some distinguishing features can be so subtle that only detailed measurements or examination of captured specimens can truly differentiate between species. No doubt as DNA biomolecular examination becomes more widely used, new species and local population variation will become better recognized, further challenging field identification. 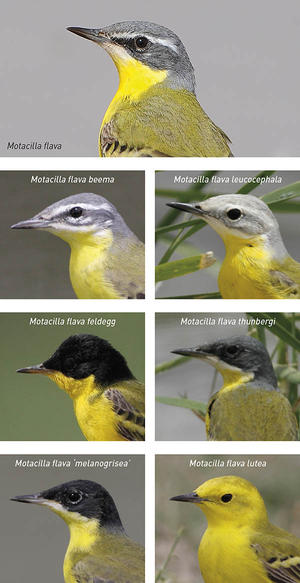 Whilst the task of distinguishing between different species may seem daunting at first to the beginner, nevertheless one soon becomes familiar with the more common birds and then it becomes an exciting challenge to find the more uncommon ones. What can also seem very confusing at first is the ability of birds of the same species to appear so very different in different seasons or at different life stages. Like many in the human race, birds also like to “dress” or display themselves appropriately for different occasions throughout the year. They achieve this amazing feat by moulting their plumage (losing and growing new feathers) twice a year. For example, it is generally the male of the species that is tasked with attracting a mate during the breeding season. His strategy for doing so is to put on his most colourful plumage as the breeding season approaches. This visual display also seems to serve the purpose of helping him challenge other males in territorial claims on the breeding grounds. The spring migration is therefore the most colourful time for male birds; they can appear quite differently in autumn and winter. For the females, recently fledged juveniles and immature birds on the other hand, it is more fashionable to be dressed in drab plumage, often shades of brown and grey. This of course has practical applications, as the female has to spend more time hidden on the nest, whilst laying and incubating eggs, staying camouflaged from predators. Similarly it is an advantage for inexperienced juveniles not to advertise their presence and stay reasonably camouflaged, until they become more proficient at avoiding predators. So for these reasons adult males, adult females, juveniles, immature birds such as first year males and wintering birds, will appear visually quite different, depending on the time of year and stage of their moults.

Birders use binoculars and spotting scopes to observe birds and to carefully study them. Identifying birds is a challenge, like a game, it can even be slightly athletic, even competitive. Some people are better versed at this because they spend a lot of time studying identification in detail. Others don’t invest so much time but enjoy just the experience of watching. The secret to identifying birds is to learn the names of the birds and to have as clear a mental image as possible of each species. This is obtained through studying birds in guide books and other media, and through experience in the field.

This “game” of bird identification has some simple rules:

Even if you’ve seen a bird before, don’t just ignore it and try to find others. Spend time studying its plumage, look at it thoroughly as if it was the last specimen on the planet. By learning to enjoy studying each bird’s plumage and its field marks a birder begins to master identification skills.

The bird silhouette is probably the most important clue to bird identification. Silhouette refers to the relative size and shape of the bird. This structure is more important than the bird’s plumage colour in identification. With experience a birder can identify birds flying far away just from their silhouette shape.

Learn the more confusing identification problems on commonly encountered birds in your area. Again this takes homework with the field guides – at home. Also, realize that some individuals within a species will sometimes differ; so note any aberration in plumage. Careful unbiased observation is the key to successful identification. Sometimes some individuals cannot be identified with certainty, this is perfectly fine! It’s obviously much better to note that an unidentified species resembled something, or could possibly have been something, than to erroneously record a species without absolute certainty.

Many birds have very distinctive calls and songs. Learning their songs can assist greatly in finding and remembering the birds. Memorizing some calls and songs can bring a new comprehension of what’s out there, without actually having seen the birds themselves. Many birders find birds and identify birds solely through their sounds and calls. This is called “birding by ear.” You can easily find recordings of most birds on the Internet that can help you in this process.

If an experience in nature is worth living, it is worth recording. The easiest notes are lists –birders love to keep lists of birds! Keep a list of all the birds you see on each outing; it’s like keeping a daily log book (a journal or diary). Also, try drawing birds. It really helps in learning to identify them.

You’ll make mistakes; learn from them.

Identification mistakes are really common. Sometimes making a mistake can be embarrassing, birds can fool you! Don’t let difficulties worry you; especially in the beginning, learning birds can be a challenge. For some people the experience of learning and re-learning is the most positive aspect of becoming a birder.

Birding is a form of passive outdoor recreation that is inquisitive and brings people to places most would not otherwise go. Respect the welfare of birds (do not disturb them) and of people; and become an ambassador for birding. A code of conduct for birding is given in the appendix of this book (p. 409).